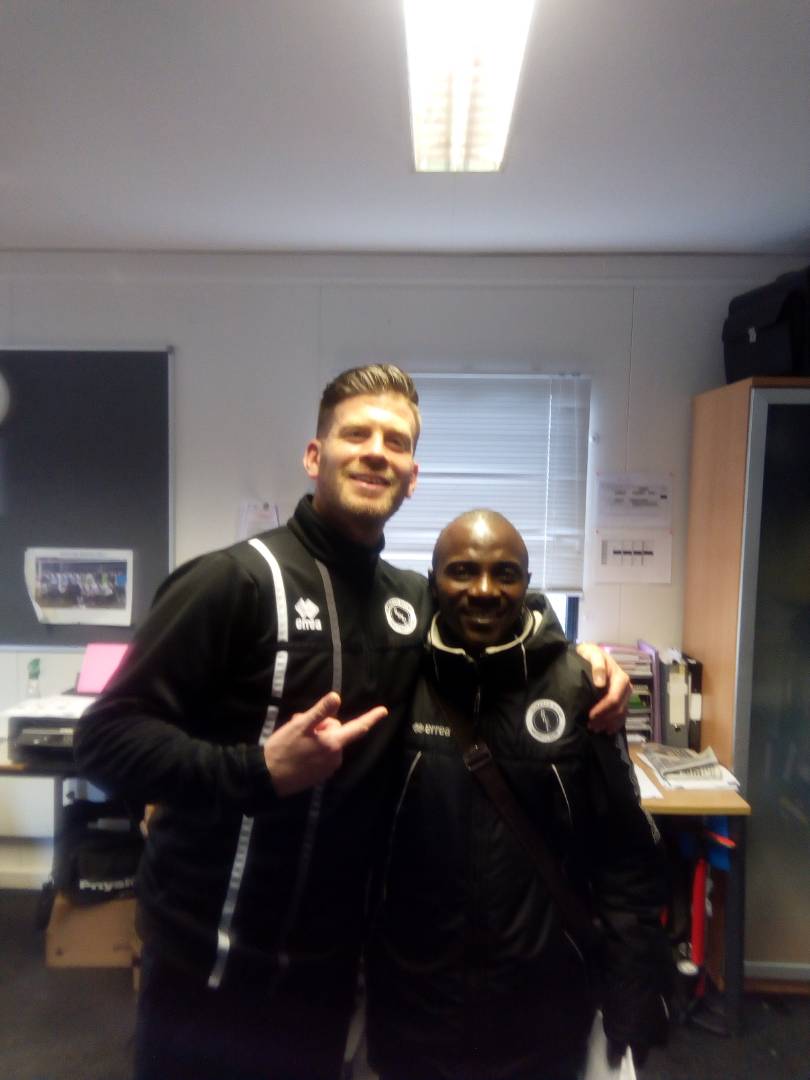 Borehamwood FC technical partnership with Buruj Sports Academy is bound to yield more bountifully for both parties in the current year and beyond as the National League side are looking forward to give fresh opportunities to young players that will register and feature in some of international tourneys the Ikorodu-based academy will participate.
Beginning from the TTD Super Cup in Dubai in April, Buruj Sports Academy will return to Manchester to defend the English Super Cup they won last year where players like Abdul Salam Abubar, Akuba Ignatius and Noah Salaudeen got the nod of Borehamwood Coach Luke Garrard.
The former AFC Wimbledon player is poised to extend invitation to more young talents if they can register to be part of the trip to the Queensland this year and the CEO of the Academy, Salaudeen Waheed, who is presently in London on a short visit disclosed that, the relationship between Buruj and Borehamwood is growing in leaps and bounds based on his discussion with the coach who recently signed a new contract that will tie him down at the club till year 2020.
The 32-year-old Garrard who has been in charge since October 2015, is the youngest boss in England’s top five divisions. He joined Borehamwood as a player in 2005 and has led them to sixth place and the FA Cup second round this season.
Buruj partnership with the club will see the players combine their academic pursuits with soccer development and both Noah and Ignatius who already have been issued internship letter will soon fully commence their programmes with the school and club.