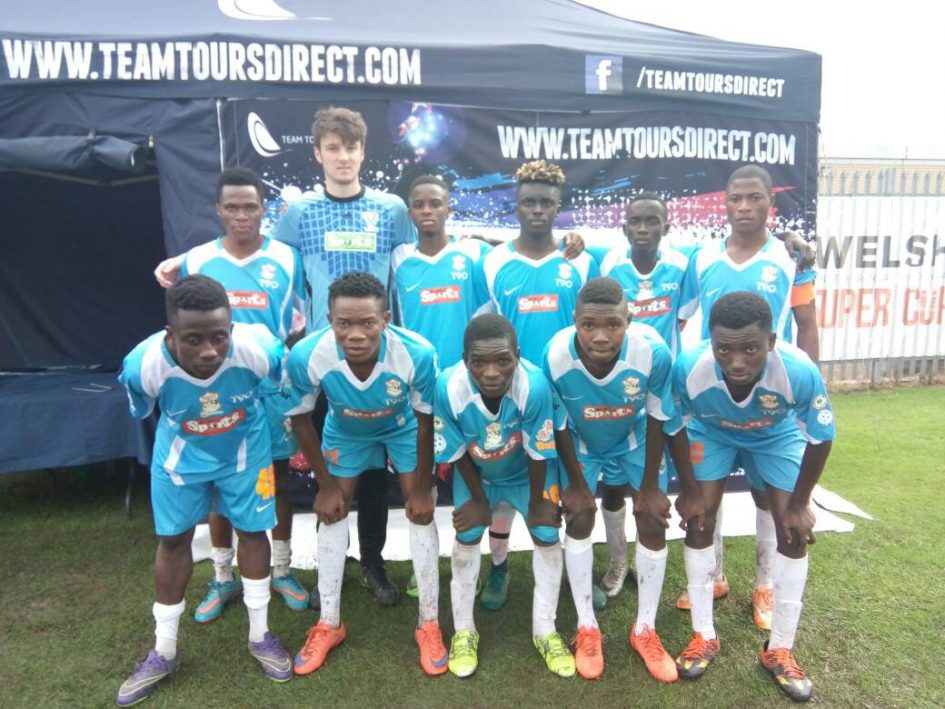 Buruj Sports Academy on Thursday began their quest to win the 2017 International Super Cup going on in the city of Manchester, United Kingdom with a victory after Dim Chinonso Nazareth’s hat-trick helped them to a 3-1 win over Pro Soccer Academy of London in their first match of the competition.

The Ikorodu boys won the admiration of the crowd with their neat-passing game and showed the gulf in class between them and the opposition all over the pitch.
An elated CEO of the Academy, Dr Salaudeen Waheed expressed his delight at the performance of the boys despite the fact that they arrived England 27th July, three hours before the game on Thursday.

“Although this is just our first game but it is always re-assuring when you start a competition on a winning note. The boys made all their training count by taking the game to their opponents and it was obvious that we were the better side even when the goals had not come. We will go back and start preparing for our next game because we are here for business and not sight-seeing,” he said.

Buruj Academy are the only Nigerian side participating in the globally-acclaimed competition which draws participants from over 20 countries and is organised annually by Team Tours Direct.