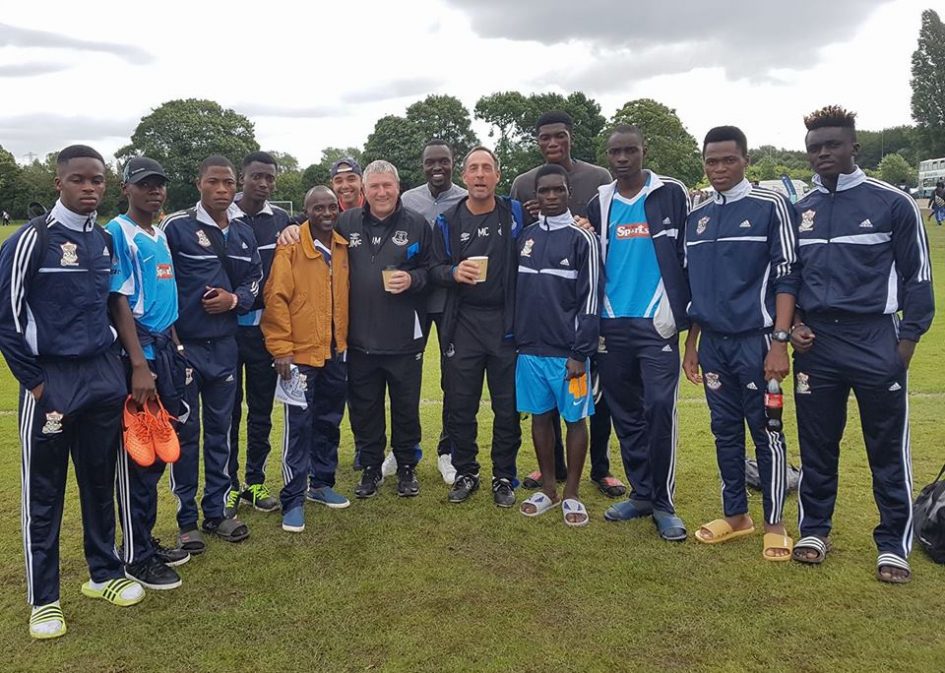 Scouts of English premier league club, Everton, Mark Curran and John McNabb were at English Super Cup to look for prospects and monitor Buruj Sports Academy players at the ongoing tournament in Manchester.

Second victory in the group stage gave Nigeria sole representative at the English Super Cup hopes of reaching the crucial stage but defeat in their third group game meant they must win their fourth preliminary round match against Elite Soccer Academy from the United state of America on Saturday.

Leading scorer, Dim Chinoso Nazareth opened scoring for the Lagos based academy as they thrashed the New Saints Academy from Wales 4-0 on Friday.

Dim got a brace while Nwabuisi Chidi and Oseni Azeez also got their names on the scoresheet to secured second successive wins for Buruj Sports Academy at the International youth tourney.

In their second match of the day, the Ikorodu boys suffered from fatigue and lost to Future Elevens Pro Soccer Academy in an encounter that was affected by heavy rain.

Chief executive officee of Buruj Academy, Dr Salaudeen Waheed praised the efforts of his boys. He said they proved to be worthy representatives of Nigeria as they were not disgraced in the 2-0 loss.

“The boys gave a good account of themselves against a very tough opponents and the weather did not help the boys who struggled to adapt to the inclement weather”.

He stated that “the team was unlucky not to have gotten something ftom the third group match in which they missed so many scoring chances”.

Despite playing two matches on the day, Dr Salaudeen is optimist that his wards will win their last group game on Saturday and go on to win the the English Super Cup.

In their opening match, Buruj defeated Pro Socer Academy London 3-1. The competition, which will end on the 30th of July, has teams from over 20 countries in competing in different categories.