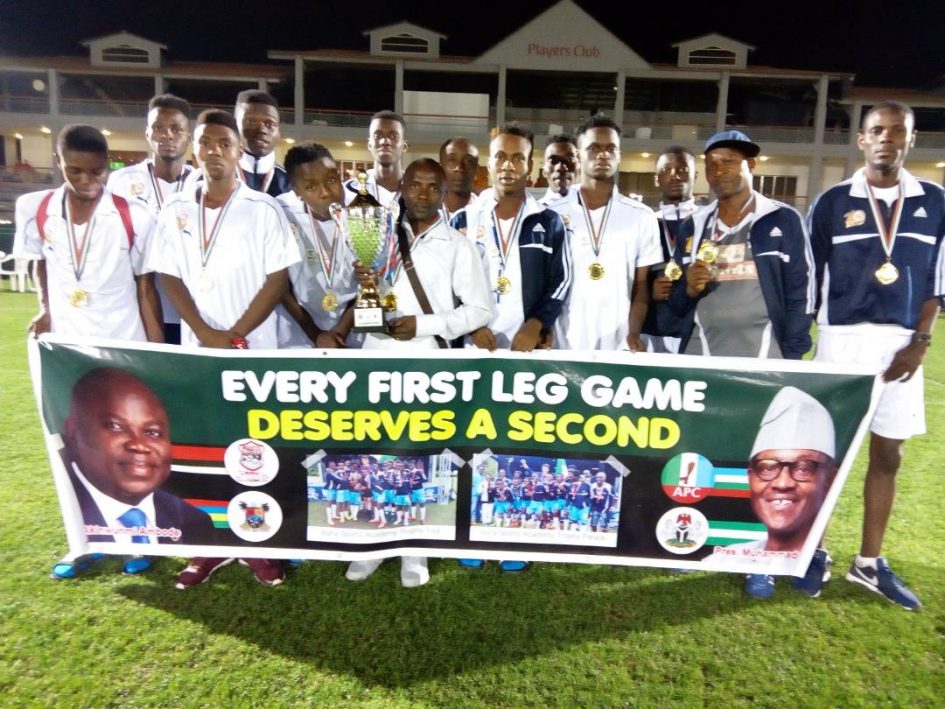 Buruj Sports Academy’s preparations for their next international outing is already gathering momentum just as the management and technical crew are planning to recruit six more players who may come forward on time to register and complete the 22-man squad list needed for the trip.
The trip will see the Ikorodu-based academy defend their English Super Cup which they won last year in Manchester, feature in Spanish Cup in Spain as well as commemorate their 10th Year Anniversary Celebration with an Award Night and series of games in London amongst other activities.
According to the new release, 2 goalkeepers, 2 defenders and two midfield players will be considered for if they can come forward on time to register.
The contingent will also include the team officials and media crew to be selected from some top media houses in the country to cover the historic event.
The Life Matron of the academy, Rev. Mother Esther Abimbola Ajayi, the General Overseer of Love Of Christ Generation Church, London, has magnanimously accepted to play host to the contingent, while award will also be given to some distinguished individuals like the Governor of Lagos, Mr. Akinwunmi Ambode, the Ooni of Ife Oba Adeyeye Enitan Ogunwusi and Buruj Academy’s Chairman Board of Trustee, Alhaji Abass Akande Obesere.
Meanwhile, the CEO of the academy, Salaudeen Waheed, has disclosed that recruitment of fresh legs will be based on first come, first serve basis while all players both old and new will be given equal opportunity to impress.