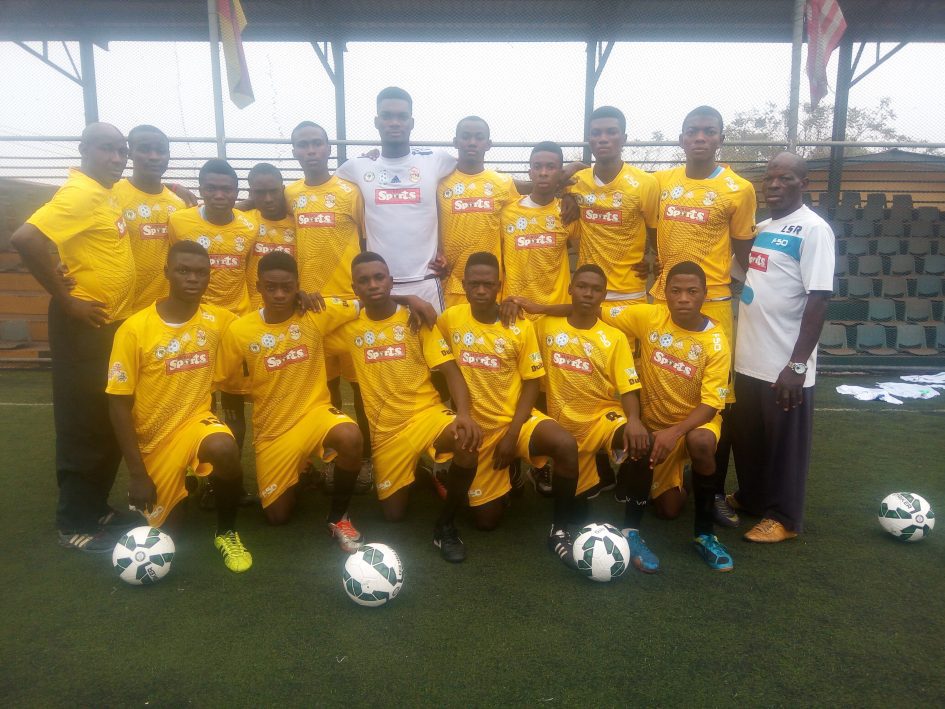 Players of Buruj Sports Academy have tendered an unreserved apology to the management and fans who witnessed the heavy 4-1 friendly game loss to Young Strikers last Friday at the Agege Stadium.
The players who are the latest set to join the Academy, had a team meeting immediately after the game to review the match and discover what went wrong leading to the heavy defeat.

During the team talk, each player was allowed to air his observation about the match and their individual roles. The players agreed that though they played against a stronger, more experienced and much older team, yet they would have done better if they’d played to the instructions of the coaching crew.

They also admitted that defensive blunders led to about three of the goals conceded and these were mistakes which could have been avoided.

The match was watched by a fairly large crowd which included the Senior Special Assistant on Sports to the Lagos State governor, Mr Anthony Adeyinka Adeboye as well as others.
Buruj Academy started the game brightly and held off the challenge of Young Strikers for half an hour before an indecisive moment led to the first goal which opened the flood gate of goals.

It was the first game for the new set of Buruj Academy players and a good learning curve for them, according to the chief coach of the team, Taiwo Oloyede.

“We saw how much pressure the team can withstand and we have learnt valuable lessons from the game. We are not too concerned with the result of the game as much as the performance. Most of these players were playing for the team for the first time. Like I always say, Buruj Sports Academy is a work-in-progress and we will continue to work hard until we get it right,” he said.

Buruj are due for a tour of the United Arab Emirates and England to participate in the Dubai Super Cup and the Manchester Super Cup in April.