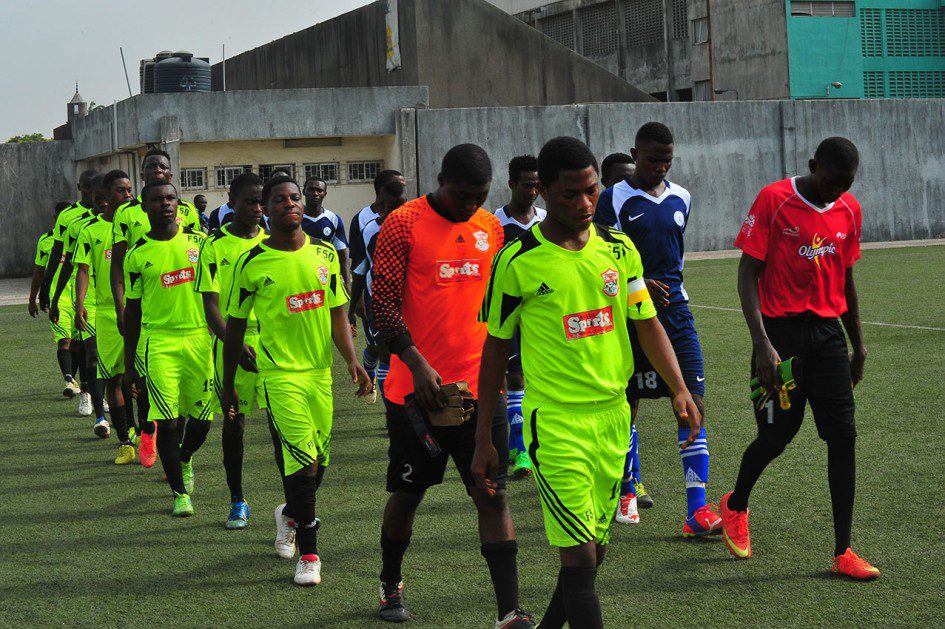 The much publicised friendly game between Buruj Sports Academy and Synergy Ultimate Academy did not see the light of the day yesterday due to some unforeseen technical and logistics reasons, but in the second match of the day, the Taiwo Oloyede tutored side defeated Answorth Academy by a goal to nil at the Afro-turf of the Legacy pitch of national stadium.
Both matches were billed to serve as trial games for the young Nigerian players to be scouted by the officials of German Bundesliga side, VVL Wolfsburg, who are presently in the country to shop for young talents in the mould their newly acquired jewel, Victor Osihmen, who recently put pen to papers for this year’s UEFA Champions League campaigners, following his exploits for the Golden Eaglets during the 2015 FIFA U-17 World Cup in UAE.
The match between Buruj Boys who are also using the scheduled friendlies to prepare for the Super Cup in the United Kingdom and Synergy Ultimate will now hold next week- all things being equal; but speaking after his team’s fine win against Answorth Academy, Oloyede, a former Stationery Stores FC of Lagos utility player expressed joy and satisfaction over the performance of his players, saying he is looking forward to try Synergy Ultimate for size when the two sides meet, hopefully next week.
He also disclosed that having lost some friendly games against some good sides despite playing some good football in recent past, it was heartwarming to record a victory against a good team like Answorth.
“I liked what I saw in my boys despite the fact that they threw away so many scoring chances in the beginning of the game. We were prepared to play against Synergy Ultimate first but the game against Answorth was nevertheless a fine testing game.”
“We are not particular about winning in friendly games like this. It provided good opportunity for us to try our players- may be some of them were trying to impress too much due to the presence of European scouts, but by the time we face Synergy Ultimate next week preparatory to our Super Cup tournament, we will be ready to face any team,” he said.