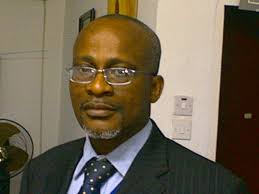 The Chief Executive Officer of Buruj Sports Academy, Salaudeen Waheed, has once again heaped plaudits on the Chairman of Lagos State Sports Commission, Dr. Kweku Tandoh, for what he described as his competency and high ethics all of which he is bringing to bear to raise the sporting profile of Lagos State in line with the vision and mission of His Excellency, the Executive Governor of Lagos State, Mr. Akinwunmi Ambode.
According to man popularly known as Dr.Buruj, since Dr. Tandoh came on board, he has been pursuing the goal of developing sports from the grassroots with renewed vigour and all he need is the support of all stakeholders to motivate him to do more.
He also pledged that Buruj Sports Academy will continue to unearth young football talents from across the length and breadth of Lagos, train and expose them to the modern rudiments of the game and of course international competitions so that they can grow up to become thorough-bred professionals in a not too distant future.
“We thank God for what Dr.  Kweku Tandoh is doing in the area of sports development in Lagos State since he resumed in office as the Executive Chairman of the Sports Commission. He has really raised the standard and with him at the helm, things can only get better.”
“His approach has been humane while he has also been firm and thorough in some of the decisions he has taken so fat. Having met with him in person, I am highly impressed and all I can say is that all the stakeholders should join hands with him so that he can take sports to the higher heights in the Centre of Excellence.”
“That is the dream of the highly performing and resourceful Governor of the State, His Excellency, Akinwunmi Ambode, and we at Buruj Sports Academy will continue to key into that with our activities,” he said.