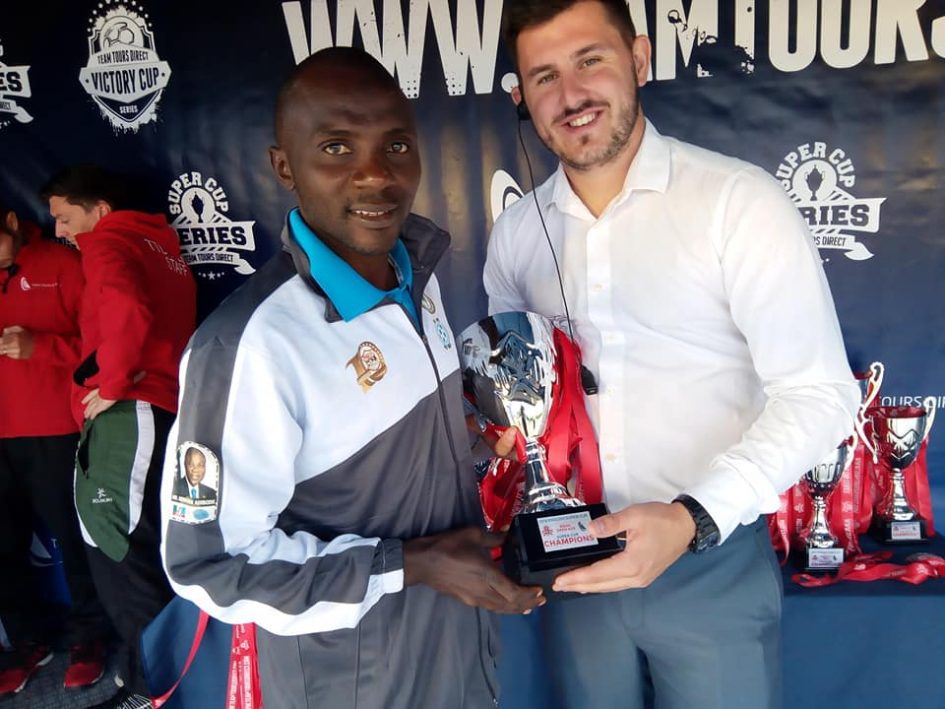 BURUJ CEO SALAUDEEN WAHEED REVELS IN THE SUCCESS OF AWARDS NIGHT HELD IN LONDO!
-Expresses Gratitude To All The Invited Guests And Awardees For Show Of Love And Support

The management of Buruj Sports Academy headed by the CEO Salaudeen Waheed has expressed their heartfelt appreciation to the awardees and all the special guests who took sometime off to grace the awards night marking the 10th Anniversary of the Ikorodu-based which was held in faraway London on Saturday.

The much publicised Award Night which was hosted by Bobby Music Promotions in conjunction with Obesere London Ankara Carnival, was held to recognise and honour some special personalities and individuals who have contributed to the development of grassroots football in particular and upliftment of the standard of living of mankind in general.

The event took place at Oasis Banqueting Hall, 6-8 Thames Road, Barking Essex IG11 OHZ, London had in attendance the representatives of the Ooni of Ife, Oba Adeyeye Ogunwusi and Rev. Mother Esther Ajayi, and host of others, who collected the awards on their behalf.

Dr. Salaudeen Waheed al
was full of praises for Alhaji Abass Akande Obesere, the Chairman Board of Trustees of the academy and Alhaji Musiliu Balogun, the CEO of Bobby Music Promotions, for their kindness, love and unflinching support both for the academy since its inception and more importantly, the vital roles they both played on the course of the team’s recent stay in London and the awards ceremony.

He promised that he and his management team will continue to promote football from the grassroots through unearthing of young talents and exposing them to international tourneys, making reference to the upcoming outings in Turkey, Spain, Germany, Italy and England.

He concluded by thanking all the management team, staff and players of the academy who were also in attendance for their dedication and cooperation towards the success of the occasion.