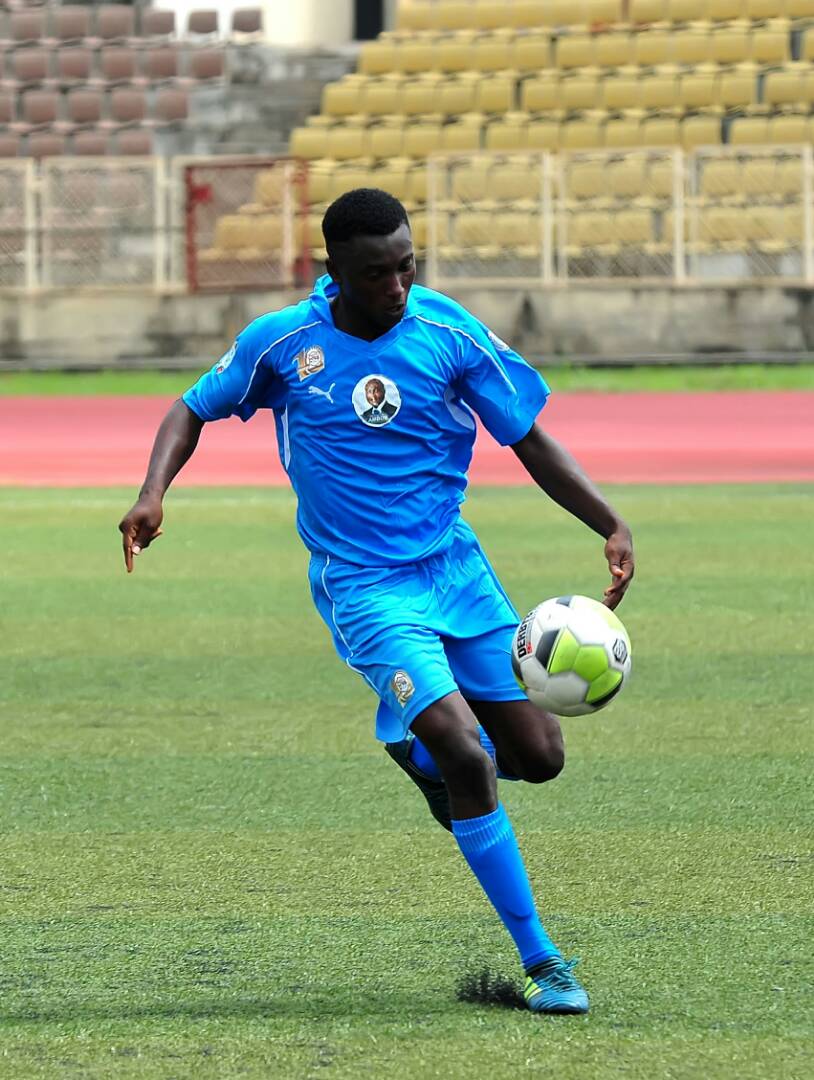 BURUJ MANAGEMENT PICK IGNATIUS AKUBA AS NEW CAPTAIN! -To Lead The Team During The FA And Euro Trip

After thorough consideration, the management and technical crew of Buruj Sports Academy have announced that Ignatius Akuba will henceforth act as the captain of the team to the upcoming domestic and international outings.

The choice of the 18 years old according to the release is borne out of the desire to reward discipline, desire, dedication and devotion all of which are the hallmarks of good leaders in football team the world over.
The Kogi-born left-footer has demonstrated beyond any reasonable doubt that he possess the qualities and character required to instill good attitude in the rest of the squad both on the field of play and in the camp.
It would be recalled that Ignatius Akuba recently returned from the United Kingdom where he had trials with Borehamwood FC alongside Noah Salaudeen. They were both revelations from the academy’s squad that featured and won the 2017 English Super Cup title.
Both players after they excelled at the trial are back in the country to perfect their travel papers and are due back in England before the end of the year to continue their soccer and academic development progress. But before then, they will be integral part of the team that will defend the title in Manchester in July.
Both Akuba and Noah also inspired the Ikorodu-based academy to cart away the Trophy Cup title of this year’s edition of TTD Super Cup in Dubai, the United Arab Emirates.