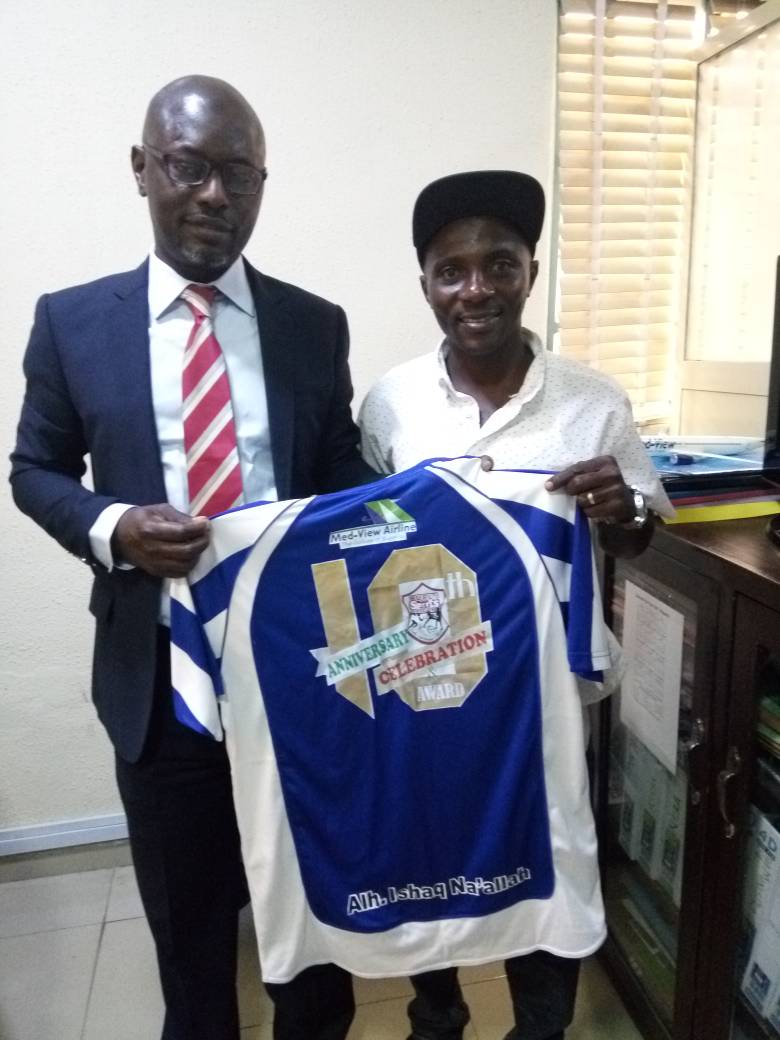 Lagos-based Buruj Sports Academy initiated a partnership agreement with Medview Airlines as the countdown to the Academy’s 10th year anniversary began on Tuesday.

At a meeting between the CEO of the Academy, Dr Salaudeen Waheed and Isiaq Na’Allah, the two organisations explored ways and means of maximising the opportunities that a partnership can provide for both of them.

Speaking after the meeting, Na’Allah said his company is impressed and willing to partner with Buruj Sports Academy because of the integrity of the CEO.

“This is the 10th year they have been doing this and if you do something consistently for 10 years then their must be something that you are doing right. Medview will be pleased to partner with Buruj in our area of core competence which is the timely and safe transportation of passengers with quality service. We are glad to be identified with the Buruj brand,” he said.

On his part, Dr Salaudeen said Medview Airlines is the perfect partner that is tailor-made for the requirements of a rapidly growing and highly mobile academy such as Buruj’s.

He said: “We are pleased tyo find common grounds with Medview Airlines because they are one of the industry leaders and we are also the leading academy when it comes to matters of grassroot football development. It is our 10th year anniversary early next but we are starting preparations early because we want to give our loyal supporters a treat of a lifetime and we want to avoid last-minute rush.”

As part of activities lined up for the annivwersary, Buruj Academy are planning to fly supporters to London, united Kingdom for a music concert as well as football tournament.

“Our supporters are in for a surprise. Music will be supplied by Alhaji Akande Abass Obesere who, incidentally, is the chairman of the board of Trustees of the Academy. There will also be other music acts to support him. Moreover, as defending champions of the English Super Cup which we won this year in the city of Manchester, England so it will be a combination of music and football.”

A follow-up meeting betwen both organizations has been fixed for Thursday where other pending issues will be sorted out and Buruj will also use the opportunity to present the English Super Cup trophy to the management of Medview Airlines.

As part of Buruj Academy’s preparations for the defence of their title, the Academy has engaged the services of ex-Super Eagles winger Ishola Shuaibu to head the technical crew.