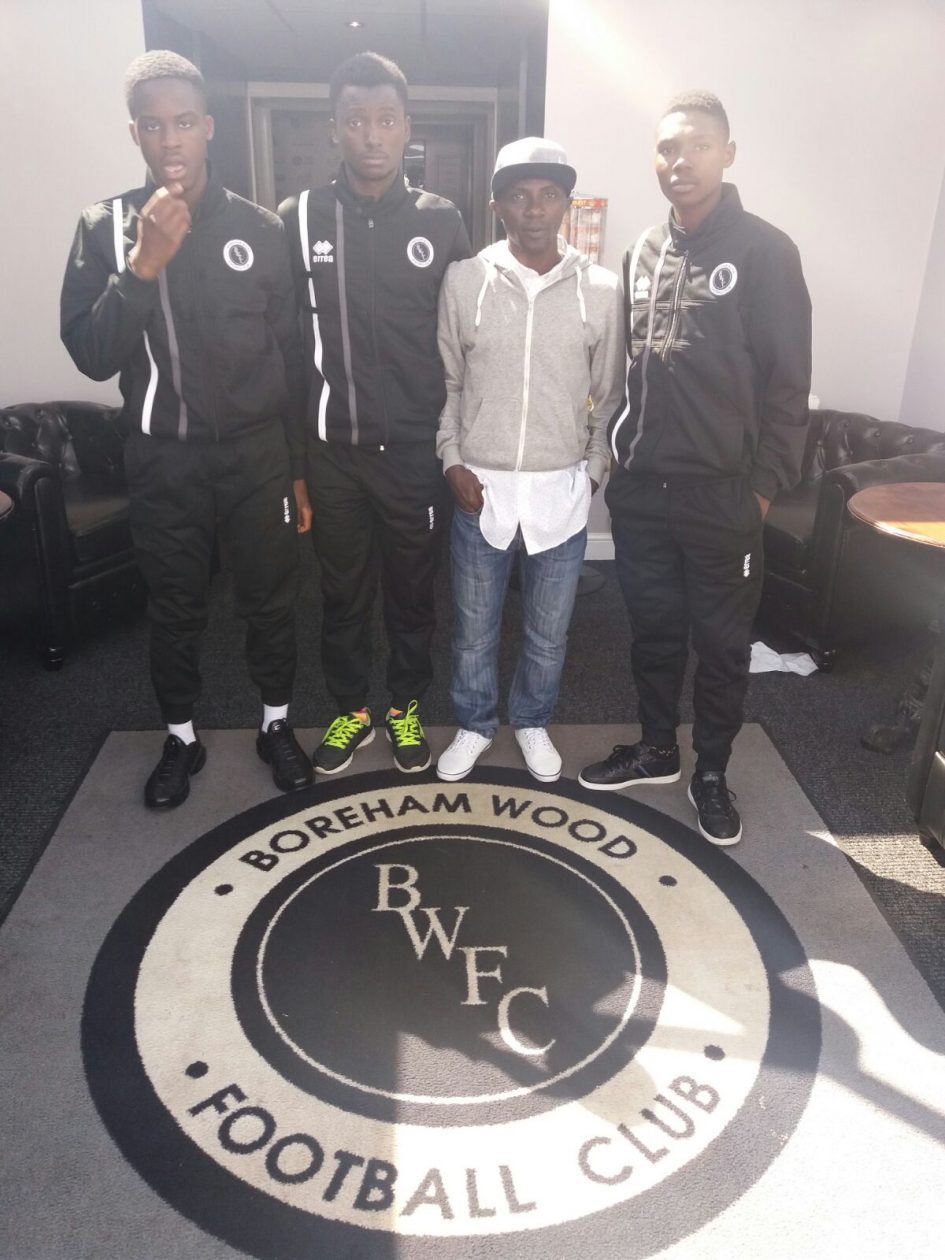 Following thier successful trials in London some players of Lagos based Buruj Sports Academy have joined the youth team of the
English National League side, Boreham Wood Football Club.
Boreham Wood FC chose three players after the trials held at the club’s training round at Meadow Park on Thursday and players this opportunity to continue education at Barnet Southgate College, principal partner of the football club.
Buruj Sports Academy, the English International Super Cup Champions had registered all the players that won the youth tournament in Manchester fortnight ago for the trials but the trio of Akuba Ignatius, Noah Salaudeen and Abubakar Abdulsalam were outstanding on the pitch and they met educational requirements for the program of Boreham Wood Football Club.
Akuba and Noah are registered players of the Lagos based academy, the Ireland based Abubakar recently joined the academy to participate in the English International Super Cup in Manchester.
Speaking on the new development, the Chief Executive Officer of the academy, Dr Salaudeen Waheed said the opportunity given to the players by Boreham Wood Football Club will help them to develop their careers in the best environment in which they can combine education with football.
He stated that the management of the academy will give upcoming players such opportunity to live thier dreams and showcase God given talent on the pitch while preparing them for their future.
While calling on corporate organizations and well meaning individuals to support youth development by sponsoring talented to achieve their dreams, he said the success achieved in the United Kingdom is a glory for Lagos and Nigeria.