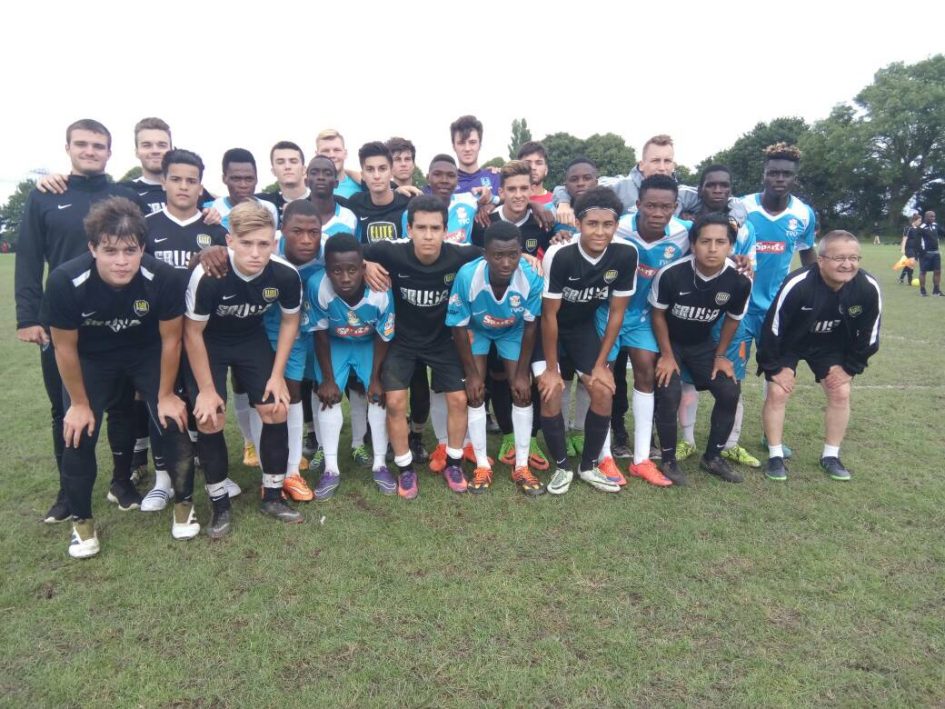 Nigeria’s representatives at the 2017 English International Super Cup competition currently going on in the city of Manchester, Buruj Sports Academy reached the final of the tournament on Saturday after a 3-1 demolition of favourites Pro Soccer Academy Team B.

The proprietor of Lagos based 36 Lion Football Club, Gafar Liammed who fled into Manchester on Saturday morning was instrumental to victories recorded by the team as his presence motivated the boys to the English Super Cup final.

The CEO of Buruj Sports Academy, Dr Salaudeen Waheed lauded the support and encouragement he received from his partner, Liameed. He added that the synergy between his academy and 36 Lion Football was pivotal to give the players the opportunity to showcase their talents in front of scouts who are looking for prospects at the youth tournament.

Dr Salaudeen said both football clubs are in business to provide a platform for the players to live their dreams of playing professionally for clubs in Europe and there will be more fruitful collaboration between 36 Lion and Buruj Sports Academy in the future.

The Nigerian side began the competition with a 3-1 win over Pro Soccer’s Team A with Dim Chinonso netting a hat trick. They walloped New Saints Academy 4-0 with Chinonso scoring another two goals but the team lost 2-0 to Future Elevens.

On Saturday, Buruj Sports Academy pipped 1-0 Elite Soccer Academy from the United States of America in the final group game before their deserved 3-1 win over Pro Soccer Academy Team B in the semi-final.

It is Buruj Academy’s second attempt at the Manchester Super Cup but the first time of getting to the final of the globally-acclaimed competition which attracted teams from over 20 countries.