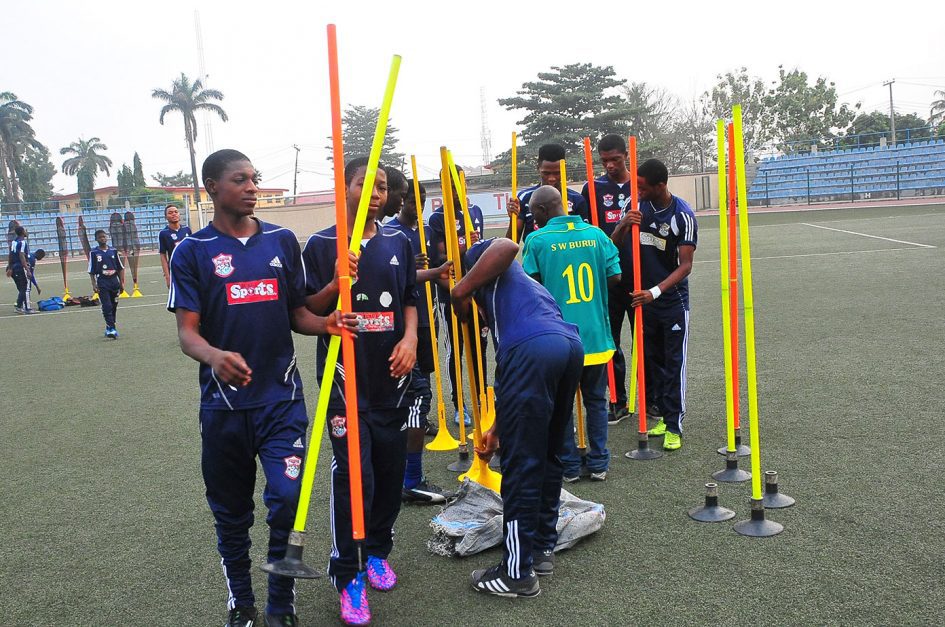 BURUJ TAKE ON SYNERGY ULTIMATE IN A FRIENDLY GAME AHEAD DEPARTURE TO UK FOR SUPER CUP!

Barely a week to their departure date to the United Kingdom to participate in 2016 Welsh International Super Cup, Buruj Sports Academy will confront Synergy Ultimate FC in a friendly game to ascertain the state of readiness of some of the players that will make the trip.
The warm-up game will hold on Wednesday on the astro-turf of Agege Stadium commencing from 12.00 noon.
Speaking ahead of the game, head coach of Buruj Sports Academy Taiwo Oloyede and the Managing Director of the Ikorodu-based side, Dr. Salaudeen Waheed, disclosed that the friendly against Synergy is necessitated by the need to keep all the players match-fit as the organisers, Team Tours Direct, are expecting nothing short of excellent display by the Nigerian representatives.
It would be recalled that, the CEO of Team Tours Direct, Terry O’Neill, recently challenged the management of Buruj to step up their preparations so that some of the players that will represent Nigeria will catch the fancy of some EPL clubs scouts who will be in attendance to shop for new talents for their sides.
The ex-stationery stores utility player, Oloyede, also promised to raise a crack side for the Super Cup and according to him, the game against Synergy will offer him the last chance to correct any lapse ahead of the team’s departure.
The squad of 15 players 5 officials will depart the shores of the country and arrive in London on August 1st, en route Cardiff, the venue of the competition.