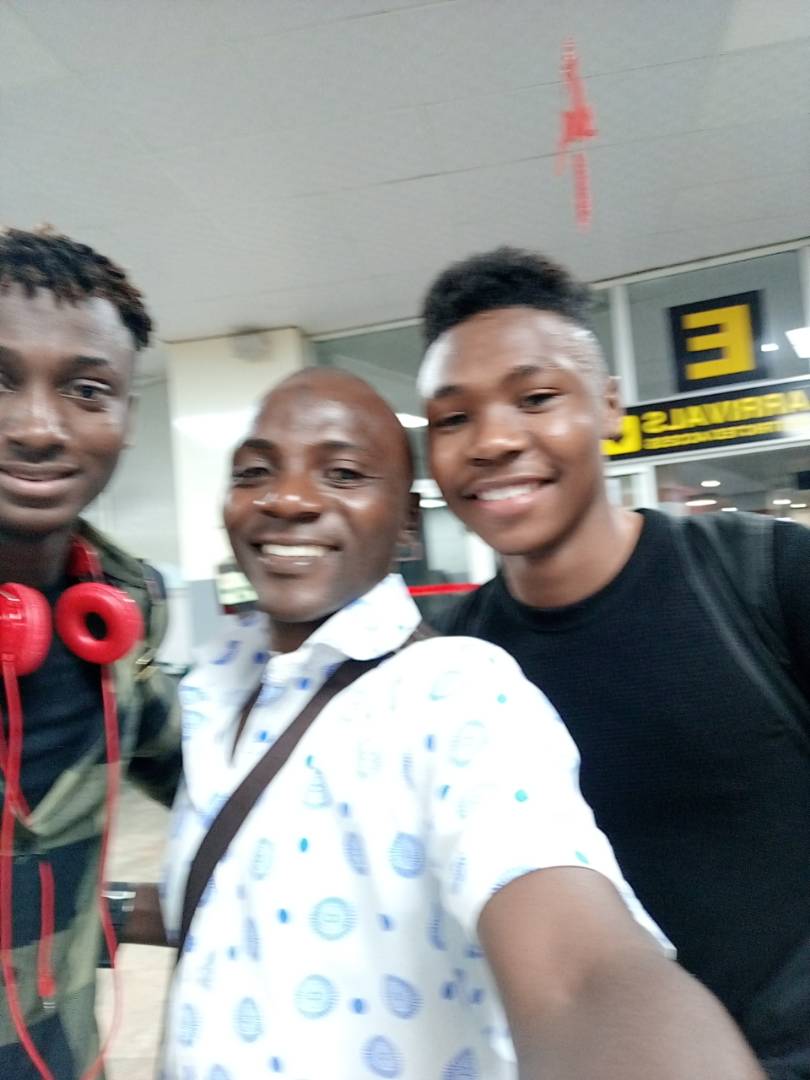 BURUJ’S NOAH SALAUDEEN AND AKUBA IGNATIUS JET IN FROM ENGLAND ABOARD MEDVIEW AIRLINE. – Hails Buruj Management And Med view Partnership Ahead Of Trip To Manchester.

Buruj Sports Academy’s duo of Salaudeen Noah Abolaji and Akuba Ignatius Omachonu are back in the country from the United Kingdom after undergoing trials with Boreham Wood in the Queensland.
They flew back to Lagos from Europe courtesy Buruj Sports Academy partnership with highflying Medview Airline this morning and were full of gratitude to the management of the airline for what they described as their unflinching commitment to their welfare and sponsorship agreement they had with the Ikorodu-based academy which is now yielding heartwarming dividends.
Both Noah and Ignatius were big revelations when Buruj Sports Academy won the last year’s edition of English Super Cup in the city of Manchester from where they attracted the attention of Boreham Wood football club officials and which consequently opened the door of opportunity for them.
The youngsters are expected to return to the United Kingdom and will be integral part of Buruj Sports Academy’s contingent to feature in this year’s edition of Manchester Cup. Interestingly, Medview  airline is the official partner and will fly the players, officials and press crew to the tournament holding in the end of March.
All things being equal, both Noah and Ignatius, with their foretaste experience flying Medview from England to Nigeria following a successful trial, will have exciting tales to relay to their colleagues about one of the fastest growing airlines on the continent of Africa ahead of that trip to Manchester.