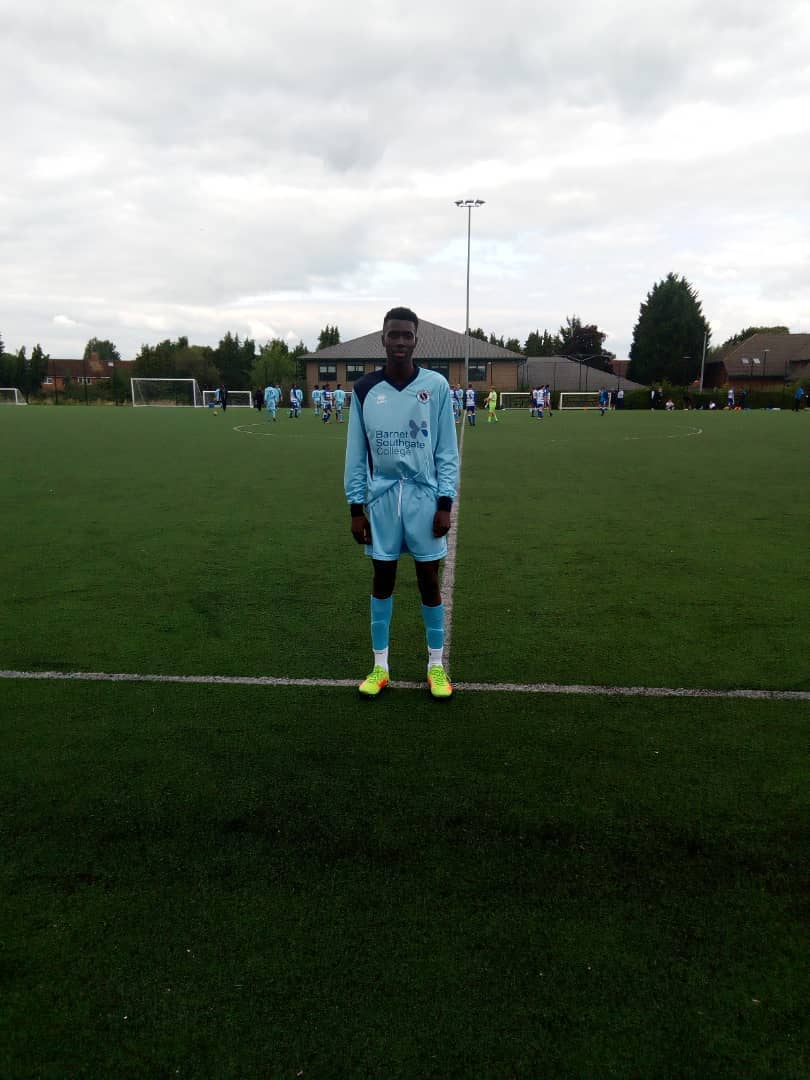 BURUJ’S ONWE EMMANUEL SHINES DESPITE 5-1 DEFEAT IN TRIAL MATCH FOR BOREHAMWOOD AGAINST READING!

CEO Salaudeen Waheed Expresses Hope Some Of His Players Will Attract Good Fortunes Following Fine Display
Though he could not rescue Borehamwood FC academy boys from the jaws of heavy defeat in the hand of hosts Reading on Wednesday, Buruj Sports Academy’s Onwe Uchechukwu Emmanuel is still managed to receive rave reviews from the technical bench of the English club for his individual brilliance.
The lanky forward is one of the prospects that emerged from this year’s English Super Cup in Manchester where against all odds they still managed to win two titles the youth and men’s categories about a month ago.
Onwe and other youngsters have since been undergoing trials with Conference Premier side and Coach Gerrard Luke and other staff will now decide which amongst them has been good enough to be considered for developmental programme attachment.
AbdulBaseet Adebayo also featured for Borehamwood in the first game at home where he was used as a substitute.
He was instrumental to the 2-1 win by producing an assist for the winning goal in that keenly contested first leg match.
The duo of Ignatius Akuba and Noah Salaudeen are the first pair of players to be offered the prospect of combining their academic with soccer development after excelling in similar trials, while other players of the Ikorodu-based academy are likely to  enjoy the same benefits if they can impress ahead of final lap of their stay in England.