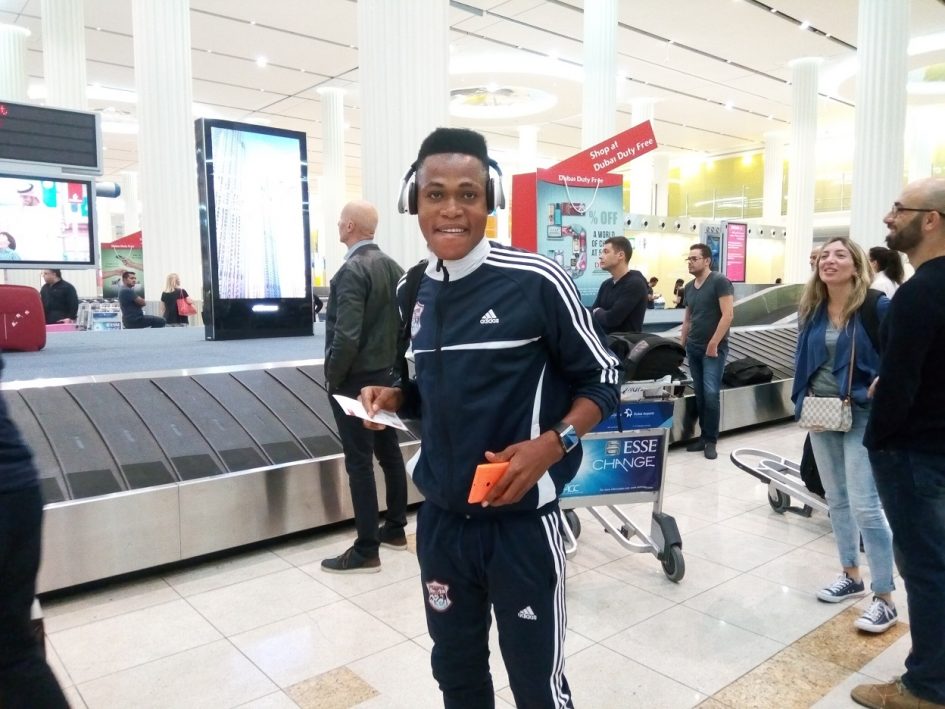 The Managing Director of Buruj Sports Academy Dr Salaudeen Waheed is now in Turkey to sort out issues surrounding the transfer of striker Chidi Nwabuisi Stanley to play for the U-21 side of Turkish giants Besiktas.
The highly talented forward caught the fancy of the former club of Daniel Amokachi after impressing in some of the international tournaments where Buruj Sports Academy featured in the recent past and if everything goes as planned, he is expected to put pen to papers in the next couple of days.
Speaking on the trip, the man popularly known as Dr. Buruj disclosed that Chidi possess all the attributes of a goal-poacher and will not be found wanting if Besiktas can invest in signing him. He also boast that many other players will soon find their way to play for good clubs where there career will be enhanced.
“Our international trips are yielding fruits already and Chidi is one among many others that will benefit from it. Besiktas are serious about signing him to play for their U-21 and continue his development there.”
“We know what he can do having trained with us for quite some time now, featuring in some games both locally and abroad. Hopefully, in the next couple of days, we shall tidy things up and he will start his career in Turkey. Any player that register to train with us can look forward to such opportunity”, he enthused.
Meanwhile, Buruj Sports Academy players are expected to travel to England and Spain in the next couple of weeks to undergo trials with some clubs in those central European countries!