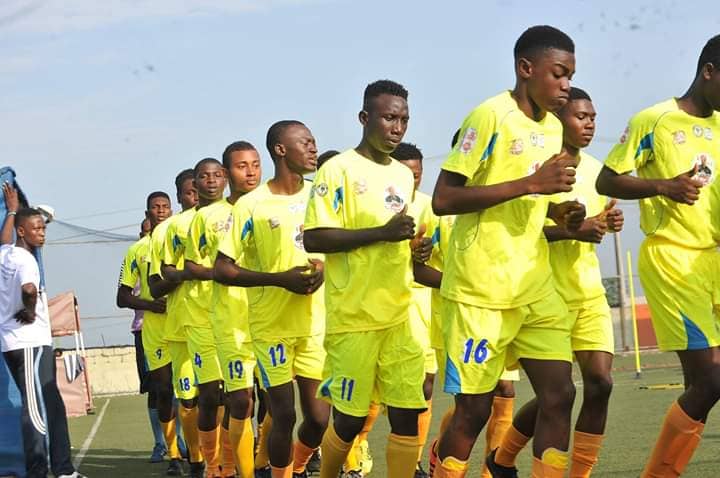 Buruj Sports Academy on Monday evening at the Alasalatu playing ground zoomed to the semi-final of the ongoing Hon. Sesan Dada Football Tournament after defeating Oladunjoye FC 4-3 in a pulsating penalty shootouts after the game had ended goalless in the regulation time.
It was a game the Buruj Boys ought to have won taking into consideration the amount of chances they created and missed but Ogedengbe Sahid, Baseet Adebayo, Noah Salaudeen and Funmbi Oroyinka kept their nerves to convert four out of the five penalties, while their opponents, Oladunjoye FC, could only convert three out of their own.
Speaking on the outcome of the game, the highly elated CEO of the academy Salaudeen Waheed, expressed gratitude to the Almighty God saying the victory is dedicated to one of the staunch supporters Hon. Bayo Osinowo, the member of Lagos State House of Assembly representing Kosofe Constituency and Senatorial Candidate for APC in the 2019 general elections who will be celebrating his birthday midweek.
He also showered encomium on goalkeeper who manned the post in the match and eventually emerged as the Man of the Match, as he made some vital saves to deny the Oladunjoye Boys any chance of scoring throughout the duration.
He pledged that with this latest victory, his boys are motivated more than ever before to make it to the final stage and win the title.
“We thank God that we won through penalty shootouts but if not for the fact that our boys failed to take their chances, it could have been more easier. We put 4th e opponents under serious pressure but our attackers failed to make it count. We will work to correct those lapses ahead of next game. “
“This victory is dedicated to Hon. Bayo Osinowo, who is clocking another age this week. He is one of their biggest supporters and we can only wish him all the best in the years ahead. “
“Now that we are in the semifinals, the next target is the final and from there, nothing will stop us from winning the title, ” the man popularly called The Doctor enthused.