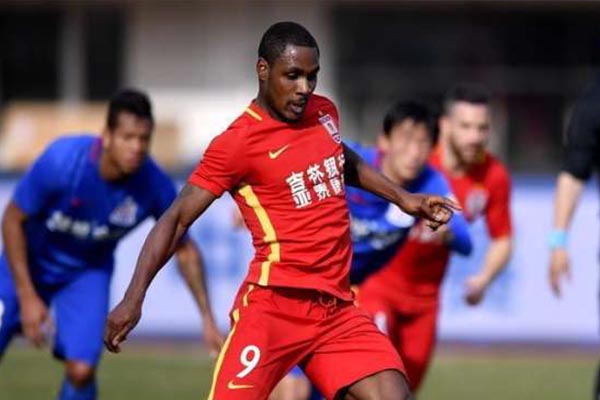 The friendly game between Ighalo FC and Buruj Sports Academy will hold this morning at Maracana Stadium, Ajegunle, as management of Ikorodu-based are edging closer to the deadline day for registration of players for their upcoming trip to the United Kingdom to participate in Manchester Cup.
Ighalo FC is a team sponsored by Super Eagles and Changchun Yatai of China striker, Jude Odion Ighalo, and they are expected to give the young but enterprising Buruj side a foretaste of what to expect when teams from more than 25 countries across the world gather to showcase their potentials in the Queensland in the next couple of days.
The Buruj team being tutored by former Super Eagles player, Ishola Shuaibu, have been playing series of build-up games while also participating in some grassroots tournaments so as to be in top shape for the task ahead and the ex-Julius Berger midfielder is confident the match against Ighalo Boys will help him to plug the remaining loopholes and ensure that the players are ready both physically, mentally, technically and psychologically.
“We are expecting a good match from Ighalo FC. After playing so many friendly games and featuring in some local competitions in recent times, the team is beginning to take shape and though we won’t mind to beef up some areas if we can identity new talents that can be part of our next assignment in the United Kingdom.”
“We still implore such players to show interest by coming forward to show what they can do before the final list will be out in the next couple of days,” the soft-talking but highly confident and unassuming Shuaibu explained.