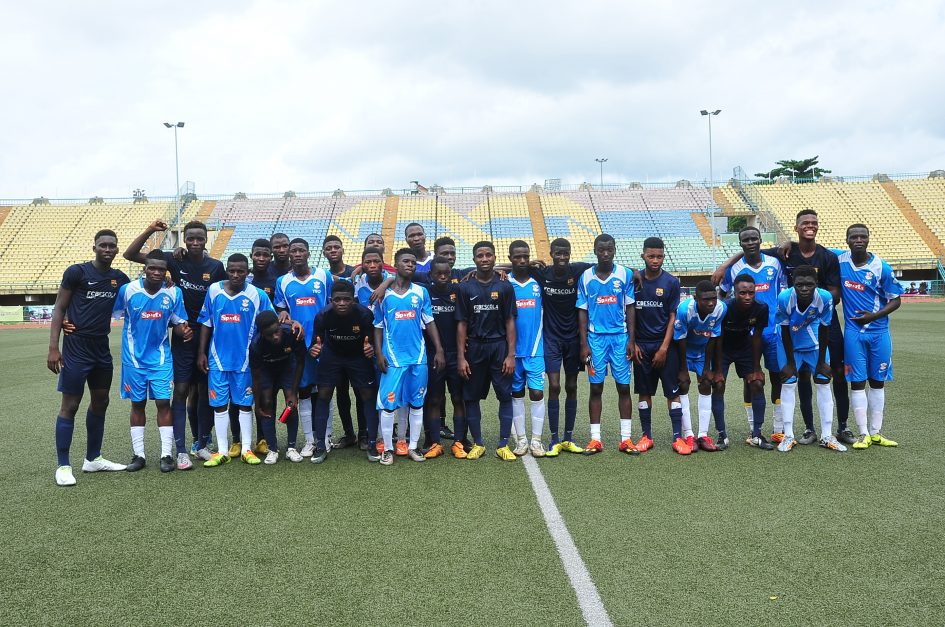 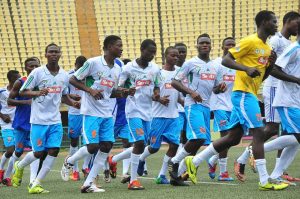 ports Academy once again proved why they are one of Lagos State’s top football academies when they outplayed FCBEscola before the ‘Spaniards’ rallied back to force a 2-2 draw in the high – profile friendly match between both sides at the Teslim Balogun stadium on Friday.

The game started on a low key but the Buruj Boys quickly took over proceedings with quick delightful pass to the admiration of spectators which included the Special Assistant on Sport to Lagos State Governor, Mr Anthony Adeyinka Adeboye among other dignitaries.

Buruj Academy pressed forward on numbers but poor marksmanship robbed them of several scoring chances before Lucky Ntong jabbed home the first goal with barely 10mins to the end of the first half.

On resumption of the second half, Buruj Academy took of from where they left 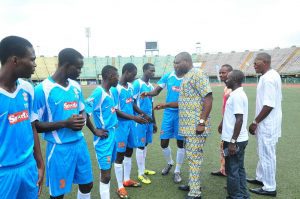 off but yet again, they couldn’t increase the tally despi 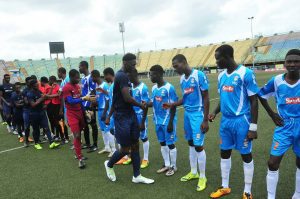 Emmanuel Ekoja got on the end of a sweet counter – attacking thorough ball down the middle before deftly chipping the goalie to make it two nil.

The second goal seemed to wake up FCBEscola who made as many as four changes at the same time. This paid off almost immediately when a miscross from the right wing dipped into the Buruj goalkeeper’s net.

The goal was hotly disputed but the centre 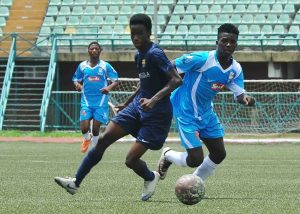 referee stood his ground and, as if to confirm that their first goal was not a fluke, FCBEscola scored a second one within minutes from a defensive blunder in the opponent’s area.

Though Buruj tried to spark the game back to life by going all out for the winning goal but the FCBEscola goalkeeper was fantastic in goal.

Game ended 2-2 but the spectators went home satisfied that they saw a game which was worth all the hype.

Dr Salaudeen Waheed, CEO of Buruj Sport Academy also congratulated both teams for a job well done and promised that his team will continue to get  better even as the countdown to their foreign trip in July draws near.