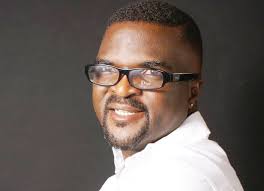 Fuji music superstar Alhaji Abass Akande popularly called Obesere has revealed grand plans to make the forthcoming 10th year anniversary of the formation of Buruj Sports Academy an event to be remembered for years to come.

Alhaji Obesere, who’s also the Chairman Board of Trustees of the Academy, is making plans for a grand reception in honour of the Academy which was founded in 2008 and is already putting together a series of events in the United States and United Kingdom for the fans who are based abroad.

He said: “Buruj Academy has come a long way from those early years and I’m always happy to be a part of something good like this. Dr Salaudeen Waheed and myself have come a long way and I’m happy that he’s successful. His progress is my progress because I have been a part of this project from the beginning.”

The music icon also revealed the venues where he will be performing in commemoration of the landmark event.

“I will perform live in Chicago and New York in the  U.S and in London, United Kingdom for my team and all our fans in those two countries. We will ensure that as many people as possible watch the events live by creating travel opportunities for the fans and supporters based in Nigeria to be a part of the programme. i can assure you it will be something to remember for a long time to come, trust me,” he said.

Buruj Sports Academy was formed in 2008 and has become one of the leading sports academies in the country. It is billed to participate at the Manchester International Cup in Manchester, United Kingdom in July.