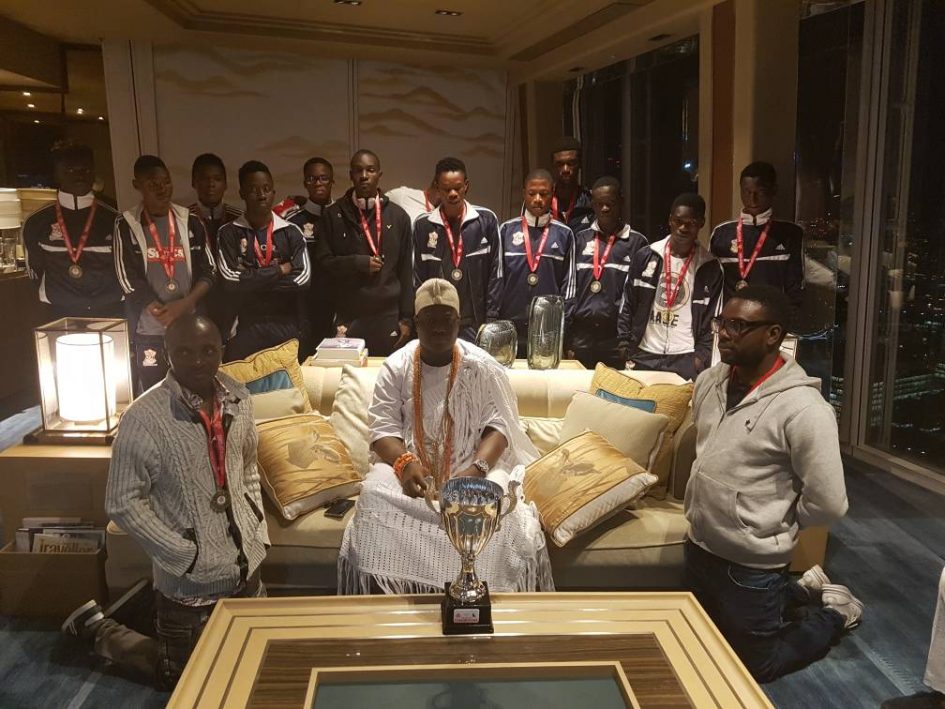 The Imperial Majesty, The Ooni of Ife, Oba Enitan Ogunwusi Adeyeye, Ojaja II has thrown his weight behind Buruj Sports Academy as they compete in the Welsh International Super Cup holding in Cardiff, Wales this week.
The traditional ruler was the first person to congratulate the English International Super Cup Champions and he did not only received the Nigeria representatives in London but also gave his royal blessings to the academy to compete in the youth tournament holding in the Wales capital from August 3rd to 7th.
Speaking when the boys of the academy and the chief executive officer, Dr Salaudeen Waheed visited him in London, Oba Adeyeye described the team as worthy ambassadors of Nigeria while lauding the commitment of management of Lagos based academy for making the country proud against all odd.
Oba Ogunwusi said the feat achieved by the boys has indicated that Nigeria is a blessed country with abundance of sporting tal