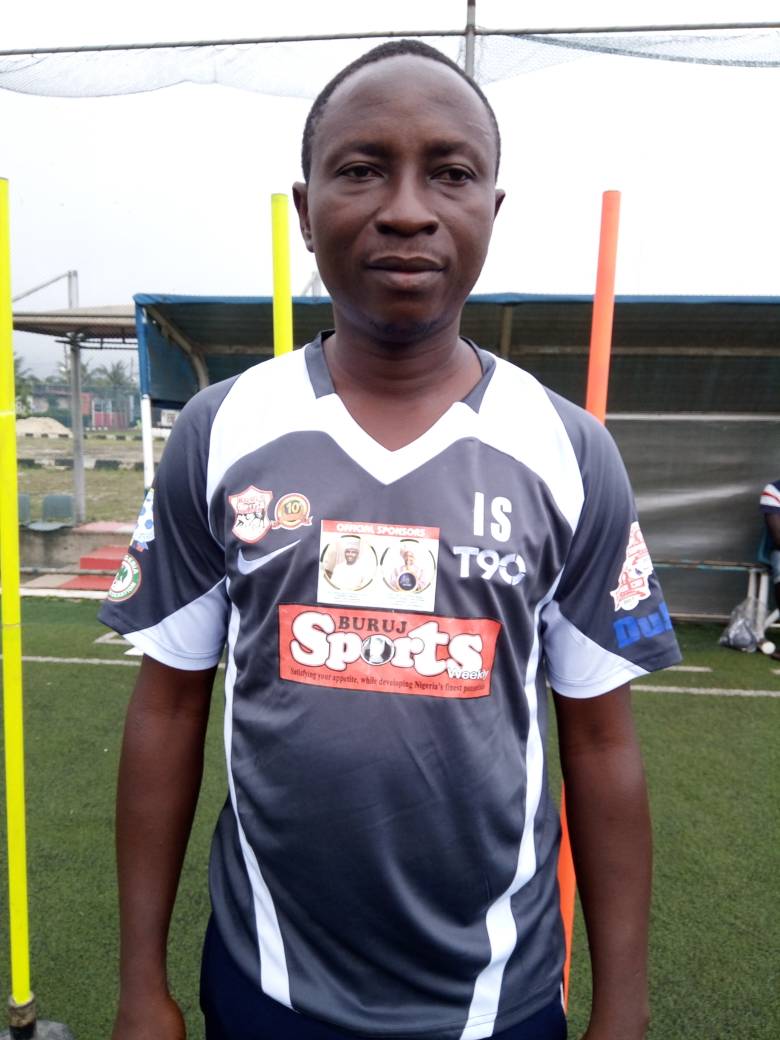 Former Super Eagles player Ishola Shaibu has revealed reasons why he decided to take the job of coach of Lagos-based Buruj Sports Academy as he begins his managerial career.
Speaking to newsmen in Lagos on Monday after formally signing contract papers with the Academy, Shuaibu said he believes very much in the vision of the CEO, Dr Salaudeen Waheed and would like to grow along with the Academy.
“I’m pleased with the vision and materials available to work with. It is also my way of giving back to the society because I see myself in some of these boys and I know what they can achieve in their careers if they’re properly guided. It will be my pleasure to work with them and hopefully help them to get better,” he said.
He’s also conscious of the fact that Buruj Academy are the current holders of the English International Super Cup which they won in Manchester, England last July and he’s promised to help the team successfully defend their title next year.
“I know they won the cup and I look forward to defending the title next year. We will also aim to win more titles and do well in any competition we register for.”
Dr Salaudeen was also delighted to have a person of Shuaibu’s experience and personality and he’s sure the Academy will benefit substantially from having him.
He said: “Apart from his talents as a footballer, he’s also a gentleman. he lives a quiet life and he’s a very purposeful person. I know that he will be able to lead us well and I’m happy to have him with us.”
A member of the Super Eagles under late Shuaibu Amodu, he scored on his national team debut against Malawi in 2000 inside the Sani Abacha Stadium in Kano.
Shuaibu who played Sharks and Eagle Cement of Port harcourt to Julius Berger of Lagos where he won the League and FA Cup.
He left Nigeria for Cote d’Ivoire where he played for Africa Sports of Abidjan and then Tunisia for CS Sfaxien. He also played in Israel for Hapoel Bnei Lod before calling time on his career.