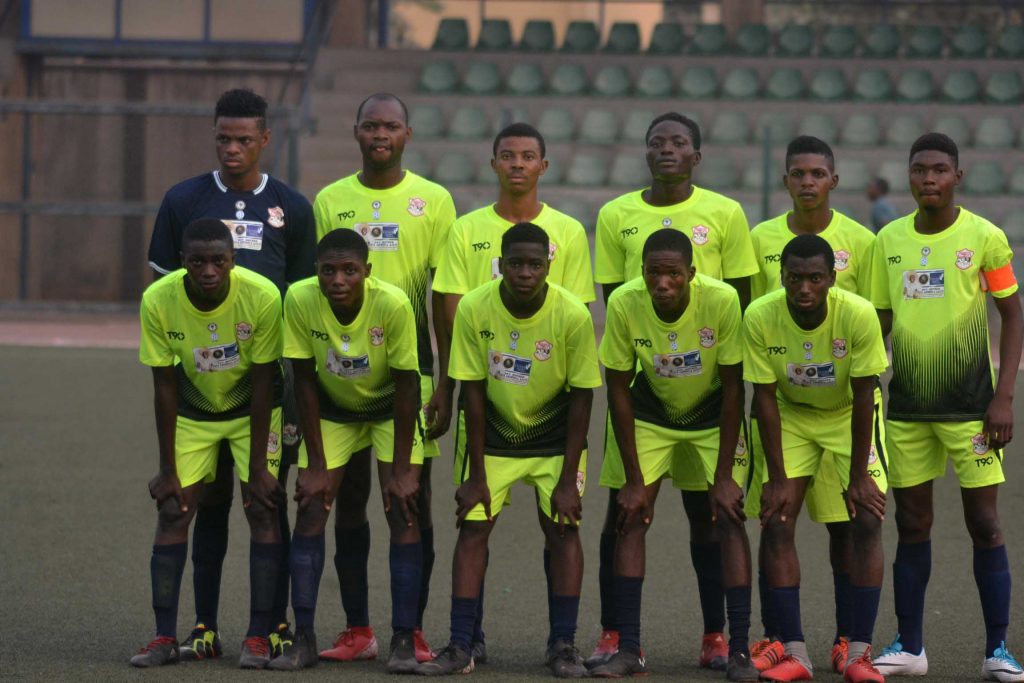 Buruj Sports Academy was first established with the name “Buruj Football Club” in 2008 following a successful registration and affiliation with the Nigeria Football Federation (NFF) on 14th July, 2008 ; The Lagos State Football Association (LSFA) on 16th July, 2008. It was later incorporated by the Corporate Affairs Commission (CAC) on 22nd October, 2008.  In 2013, Buruj Football Club was renamed as Buruj Sports Academy (BSA) as a term to  engage in multi-Sports Coaching Initiative and was duely registered and accredited on 24th October, 2013. We have remain faithful to the values set from the onset with maximum sporting ambition now ranging from keen interest in Footballing, Runing, Basketball, Cycling, Table Tennis and Lawn Tennis games while also involved in other major sports. We have achieved and recorded an undeniable global projection yearly, prooven ourselves to be capable of addressing all the problems players might have been experiencing by delivering a well organised, well structured and professionally designed programmes that will not just end when the

training camp finishes but instead offer a stepping stone to the next stage of evolution and development. Which is why we remain the best option to any player aspiring to be great in their respective sporting career with no form of descriminations and limiting barriers to what each players stand to achieve.

Every business is created with passion and passion have been the driving force behind our success story, obeying and staying in compliance with set standards by constituted authorities. i.e. Nigeria Football Federation, Sports Commission, Lagos State Government Tax Board and Federal Inland Revenue Services (FIRS) remitting all dues as at when due.

To give young players a proactive platform to develop their skills and potential as a prerequisite to becoming thorough-bred professionals to fit in the National Team with a wide focus on the grassroot level.

Our goal is to ensure that young resourceful players are given the chance to get exposure and evolve by creating varieties of opportunities for them to be in the right place under a right atmosphere to excel via our global exploit participating in both International and Local Tourneys & Trials. Having worked for over a decade with young talents, we understand that not every player develops at the same time, the same pace or by a set age. So we tailor our programmes to take care of individual differences for optimal results. 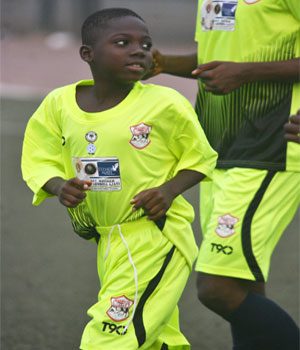 WHY WE ARE THE BEST 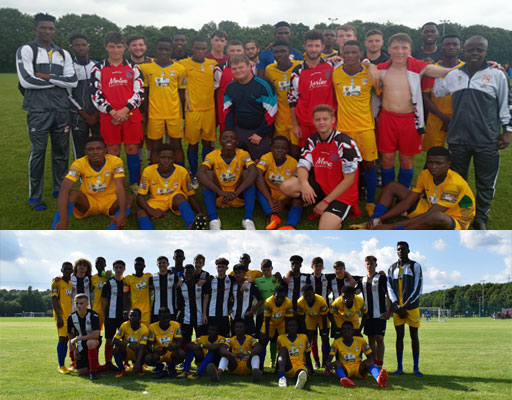 A football academy is a place where junior footballers learn the skills to become professionals. For young players, one goal is shared above all, to learn the foundations and master the technique in order to become world class stars. This should also be the approach of the academy itself.

It cannot be disputed that the future belongs to the youth. This rings true with football also. Nurturing talent from a young age has always been key to the success of any football setup. However, there is no golden rule on how to develop young players into the football stars of tomorrow. This is not a bad thing. On the contrary, this allows for flexibility since what works for one doesn’t always work for another. So too is it important to engage with new ventures which come to market and to explore the unexplored, allowing for the application of our own models, culminating in a synthesis of the new and the old.

Our current logo is built around a bowl shape. The logo is made up of the following colors:
Gold – signifies brillianceSky
blue – signifies self confidence
White – signifies unity.

The top area features:
• Football player icon: indicating the creative mindset and zeal for hyper excellent in the round leather game.
• An Athlete icon: Indicating our esteemed value in racing.
• A Basketball player icon: Emphasizes on our distinctive value in basketball.
Below the three symbols, there’s the lettering “BSA,” which stands for Buruj Sports Academy. “BURUJ” simply implies a “Collection of Great Stars”

Next to the lettering is
• A cyclist icon: It emphasizes our unique interest in cycling.
• A racket n ball icon: It showcase our esteemed passion in table tennis.
• A lawn tennis player icon: Indicating our zeal and proficiency in lawn tennis game.

To sum up, the Buruj Sports Academy logo conveys several messages:the academy’s connection to its native landits respect for its grassrootsthe type of activity the club is involved into.Indicates the nurturing and development of collection of great stars in footballing, running, basketball, Cycling, table tennis, and lawn tennis which is currently the major focus of the academy. 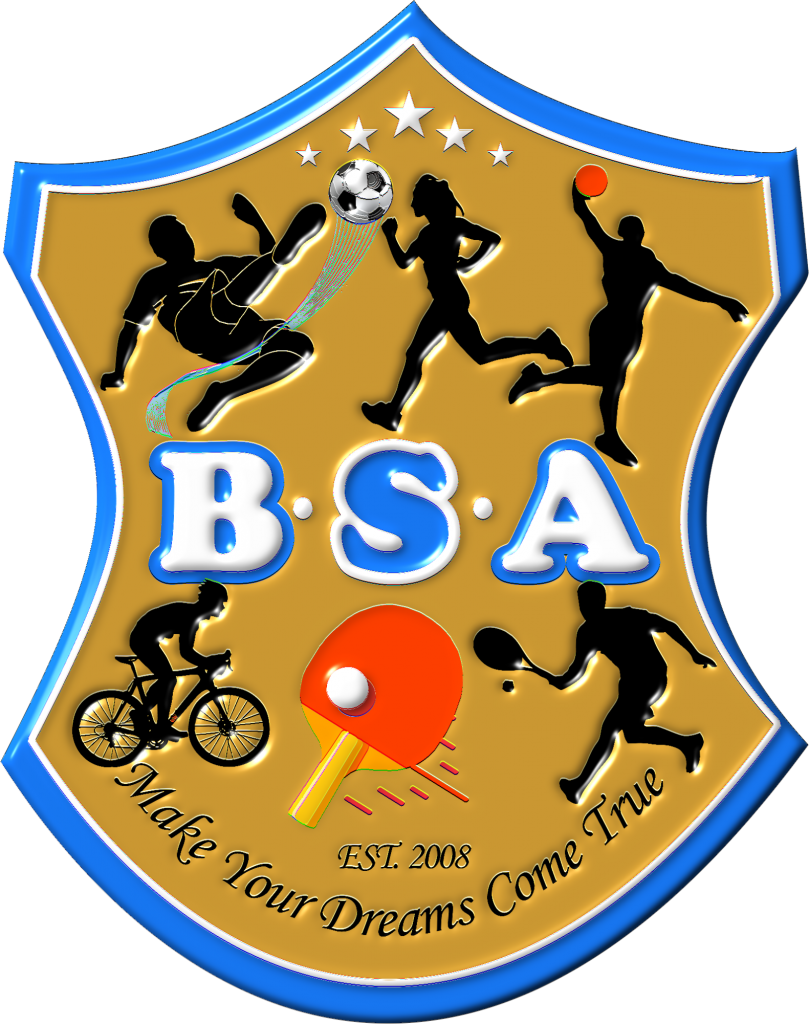 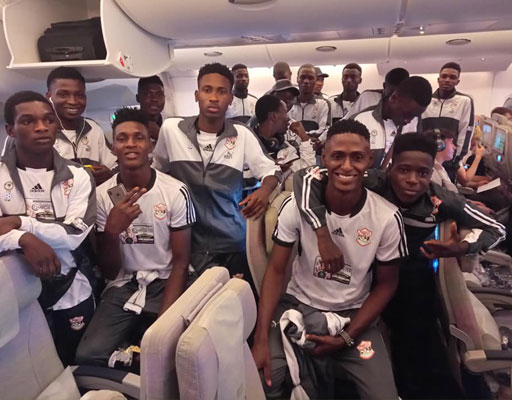 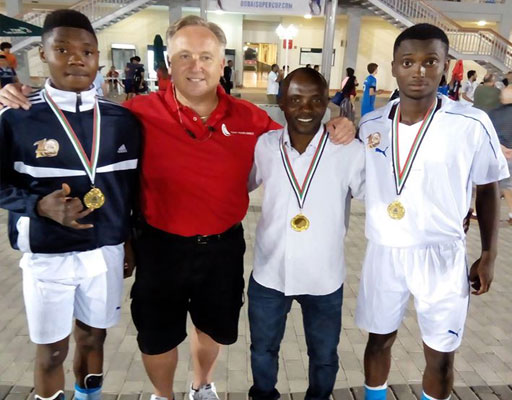 BSA players have participated in International Tournaments attended by players from over 20 countries on a yearly basis as organized by the UK’s No 1 Leading Sports and Tour organizer Team Tours Direct.

2019 – Runners up English and Welsh Int’l Super Cup in Kingdom.

Our players performances abroad had wowed the organizers and equally satisfied the thirst of notable club scouts in search of young talents to recruit  i.e. Machester United, Everton etc. This have also awarded some of our players a scholarship opportunity in Clubs like Barnet F.C, Borehamwood F.C  after successful trials.

Two of our players namely Salaudeen Noah Abolaji, Akuba Ignatius Omachonualso got scholarship from Borehamwood Football Club in 2017 and 2018.

We have been able to carve out our own unique reputation any player would be very glad to be part of with a platform that aid talent discovery, giving you the right to play in the home of football and get opportunity to triumph and be ready to take full advantage of the growing football market. 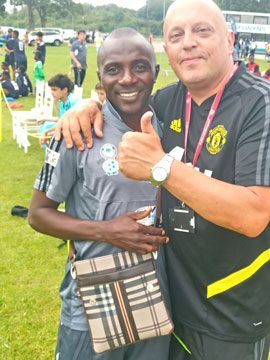 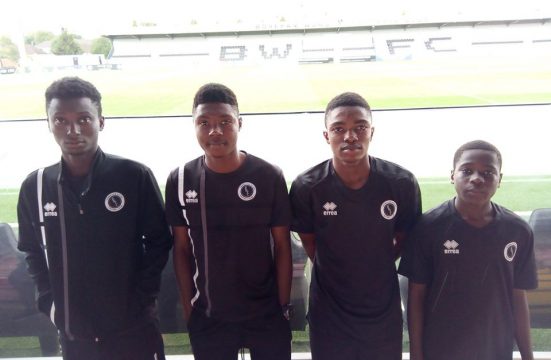 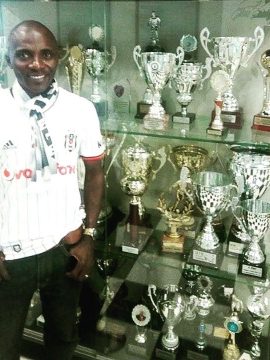